Any form of existence, including all technology, has a dual influence on the human development and development of the human body. In which direction will the growth take place depends on one’s decision. There are various forms of technology, but regardless of the type of technology, usage always leads to weakening of specific human ability. Usage of technology frees up additional amounts of energy for the development of new skills. That is the most significant contribution of technology. The extra quantity of power one should use for the development of new skills, for maintaining a positive tradition or for any other constructive activity. If not, there will be a deterioration of the human life form. One will lose identity and diminish thinking and feeling abilities and ability to express intention. The meaning of technology is not to make one’s life more comfortable, but rather to facilitate one’s further progress. Human progress is possible only by mastering lessons. If the technology compensates unlearned lessons, then technology represents a great danger for humanity.

With the appearance of the Internet, virtual identity was born, which represents the one in the virtual reality. Personal identity is necessary in the manifested world to achieve goals. However, the emergence of the Internet brought a virtual duplicate. The amount of energy that one used to build and maintain relationships in the real world is now lower by the quantity of energy that one now use to maintain the virtual identity. The technology enables the one to establish the first contact virtually, and personal communication follows afterward if it occurs at all.

A matrix represented in the film The Matrix has a technological nature, therefore energetically denser. There is also a matrix of diluted energetic life. When one gets lost in the IT matrix, one first needs to wake up in the physical Matrix, and afterward in the less dense energy matrix. With the emergence of technology, getting out of the Matrix becomes more complex and time-consuming, which is the interest of the Matrix creators. The one becomes the slave of the system by handing one’s authority to the fake authority. Matrix became a ruler. It can get even worse, because such a person may begin to experience the virtual world as the real world and the unreal world like the real world. Because the virtual world can not exist without the real world, people will be in a state of bewilderment, in the state of lack of awareness of original identity.

The virtual-technological world also has a positive side. Instead of using technology to compensate for one’s weaknesses, one can use it as an awakening tool. One can use it as initial experience for the development of human capabilities which are afterward developed by the one’s will. If one relies entirely on technological solutions, one will not be able to cope with daily life. One will not invest sufficient amounts of energy in real life. To be under the influence of technology, one first needs to develop one’s skills necessary for self-realization in the real world. Afterward, technology can be used as an upgrade to speed up specific processes, which is undoubtedly positive.

If one starts using technology too early one can lose creativity because the capacity of technology limits human creativity. As life goes on, one becomes more consumed by technology. As time goes by there is less and less time for personal development, if such awareness even exists anymore because of the regular usage of ready-prepared technological solutions. It is in human nature to grow. If not growing, progress will be compensated with the improvement found in technological development, which undoubtedly leads to the destruction of the human collective. Not every technology is the same, but in any case, every form of technology in a way replaces human labor. For the same reason, capitalism is going down.

Any form of technology represents a particular frame, limits, and spiritual abilities have no boundaries, but one can be unaware of one’s infinite possibilities. It is socially responsible for those who offer technological solutions to be aware of the consequences of their actions. Parents and all others should be much more aware of the meaning of using technology, but how to resist when technology is at every step? It is possible if the technology solution is here to inspire an awakening of spiritual infinite potential. It is not making one dependent on technology for profit. Everything is in the eye of the observer, but sometimes the observer may be blind too along with the environment and can buy someone’s false idea. No matter how often the technology was presented as “intelligent” actually, it is not, and will always move in the given framework. Intelligence does not follow any context; the nature of intelligence is freedom. Technology represents pure logic, only a copy of wisdom and intelligence.

All medical devices are technological solutions. For example, eyeglasses diminish the human will, by depressing the work of the eye muscles. Wearing glasses, one no longer need to discover the cause of poor eyesight. There is no need to develop eye muscles. A man wearing eyeglasses gets a false sense of ability to see. With wearing glasses, one becomes inert. In comparison to eyeglasses or lenses, magnifier and telescope are examples when one boosts one’s abilities. One uses them without neglecting one’s primary strength.

The one can often rely on a variety of devices like these are the smartest things on planet Earth, which leaves one inert in discovering the cause of one’s condition. For example, the first cars did not have parking sensors, and the man had to rely on one’s feelings. The introduction of parking sensors made a change today. One relies on parking sensor technology until one forgets one’s sensibility.

Today’s technology and the schooling system also provides ready-prepared answers which kill the ability to think and creates a person unaware of true identity. Such a system created an “educated” person that does not feel does not think and cannot create – the trans-human being. Only when one starts using technology instead of being exploited by technology, only then human progress can take place. 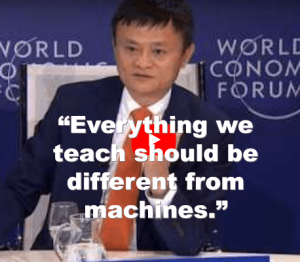 echnology should inspire the one for new experiences, to encourage the one for self-realization, not to foster dependency and inertia. Such a proactive approach is, of course, not in the interest of those who have invested enormous resources in developing technologies and want to make people dependent.

The technology is a deep part of the human subconscious. For example, business people are managed by business results, which are defined by various reporting algorithms generated daily by a supercomputer. In such a way, they justify their existence to their bosses, and all in the struggle for survival. Even the boss is not interested in the essence, but only in numbers from a specific report. In this way the world of computers runs the people, the one unconsciously surrendered one’s power to the computer network. When observed from that perspective, a scenario described by the movie Terminator is not so distant future – war between unconscious man and machines.

The impact of technology on the human body is not weaker than the influence of technology on humans. The human body grows based on minerals, plants, and animals, life forms created without the interference of the man. The human body does not build itself based on technological products such as medical drugs, vaccines, GMO foods, hybrid foods, synthetic products, chemical engineering, and others. All these represent the manipulation of other life forms. Represent no respect for the principles of life, therefore destroys the human body one way or another – encourage the emergence of cyborgs and GMOs body.

Human abilities and deeds are what is permanent in this world.  Personal skill develops in communication with the environment. Acts represent communication with surrounding, and all of this is possible thanks to the existence of the body. Technological discoveries can be used in a way to destroy human capabilities with marketing activities that promotes usage. Dependency on technology encourages separation from everyday life and supports technologies that destroy the human body. On the other hand, technology can awake people skills and have a positive effect on the body, enabling one to achieve what one intended. For such an event to occur, human intention and an education system that will teach younger generations how to use technology are required.

Here are some examples of virtual-technological destructive influences 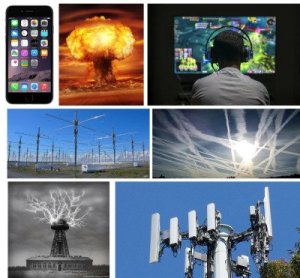